Once your Docker community server has been deployed, the following links explain how to connect to a Linux VM:

Once connected and logged in, the following section explains how to start using Docker 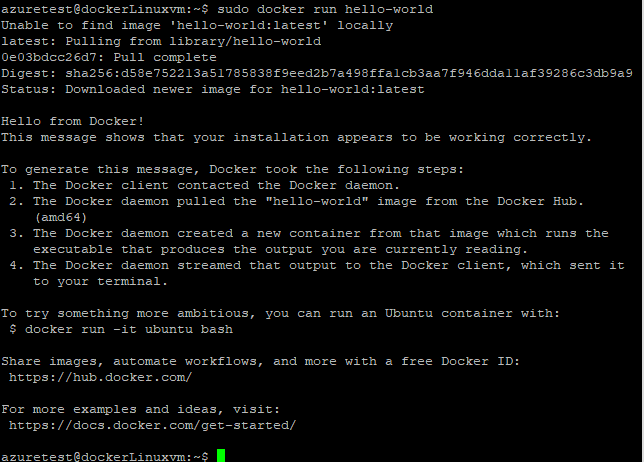 You should now be ready to start using Docker and creating container images.

Docker Engine is installed and running. The docker group is created but no users are added to it. You need to use sudo to run Docker commands.

To manage Docker as a non-root user refer to the following documentation – https://docs.docker.com/engine/install/linux-postinstall/

Docker user guides can be found on – https://docs.docker.com/engine/

Reference docuentation for the Docker platforms various APIs, CLIs, and file formats can be found on – https://docs.docker.com/reference/